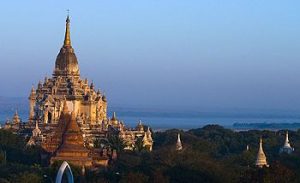 Legalising Gambling in Myanmar – Myanmar officially the Republic of the Union of Myanmar and also commonly known as Burma is a sovereign state in Southeast Asia that has been looking at legalising gambling casinos but not stand alone properties – these Casinos will have to be in and part of existing Hotels.

In opening the door to gambling, it is their intention to only legalise foreigners-only casinos to boost its tourism industry and create new sources for tax revenue. As mentioned if and when legalised, the casinos will only admit foreign patrons, and no locals will be allowed to gamble at the properties.

According to information from the country’s Tourism Ministry, the number of international visitors has risen from around 300,000 in 2010 to 4.68 million in 2015. Myanmar expects that number to increase to more than 7.5 million foreign tourists by 2020.

Myanmar’s government may be growing more receptive to land-based casinos, but online gambling remains a BIG no no to the authorities. In fact recently as last week Myanmar officials warned private telecom firms that if they break the rules by allowing such online play they will be shut down without warning.

The government is obviously concerned about a surge in online sports betting when the 2018 FIFA World Cup kicks off next month and the letter which was signed by DPT Director-General Soe Thein, also expressed concern about other forms of mobile gaming, including a local poker variant known as shan koe mee.

Mobile operators and Network Facilities Service (C) license holders were also warned that it was their responsibility to not only end active cooperation with online gambling sites but also to prevent future links to unauthorized activity. Telecoms will be punished regardless of whether their involvement with illegal gambling is direct or indirect.