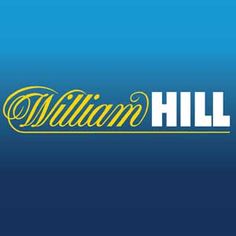 William Hill fined – It is reported that the UK Gambling Commission (UKGC) has issued William Hill with a fine of some £6.2m (€7m/$8.6m) for failing to protect consumers and prevent money laundering.

In a statement, the UKGC said it had identified “systemic senior management failure” across anti-money laundering and social responsibility regulations between November 2014 and August 2016. An investigation from the national regulator found that senior management “failed to mitigate risks and have sufficient numbers of staff to ensure their anti-money laundering and social responsibility processes were effective”.

The UKGC said that this led to 10 customers being able to deposit large sums of money linked to criminal offences, which resulted in gains of £1.2m for William Hill.

The regulator ruled that William Hill “did not adequately seek information about the source of their funds or establish whether they were problem gamblers”. As a result, the bookmaker will pay more than £5m for breaching regulations and divest themselves of the £1.2m they earned from the transactions with the 10 customers, with any victims of these to be reimbursed.

The UKGC also said that should further incidents of failures relating to this case emerge, William Hill will divest any money made from these transactions. Neil McArthur, executive director of the UKGC, said: “We will use the full range of our enforcement powers to make gambling fairer and safer.

“This was a systemic failing at William Hill which went on for nearly two years and today’s penalty package – which could exceed £6.2m – reflects the seriousness of the breaches. Gambling businesses have a responsibility to ensure that they keep crime out of gambling and tackle problem gambling – and as part of that they must be constantly curious about where the money they are taking is coming from.”